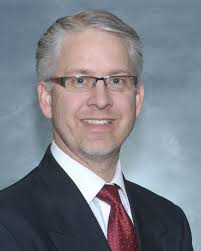 In Re: Request to Meet and Confer

I am requesting a Meet and Confer conference pertaining to the State of Minnesota and/or City of East Grand Forks as it relates to legal action being taken against me by the State of Florida.

I am contacting you pursuant to Rule 65: Injunctions and Restraining Orders – Federal Rules of Criminal Procedure.

I plan to request the United States District Court grant me Injunctive Relief and/or other remedies regarding what I assert is operatives within the State of Minnesota that are in criminal collusion with operatives in the State of Florida to violate my rights and have me illegally arrested.

I would like to discuss with you whether or not the State of Minnesota plans to enforce any legal action brought against me out of the State of Florida.

I am requesting the aforementioned because I have evidence of a criminal conspiracy against me.

Since 2009 the following has been visited upon me by bad actors demanding I remove my websites (in their entirety) from the Web.

On November 22, 2017 WordPress provided me a copy of a Subpoena they received from the Broward County, Florida Clerk of Court signed by Assistant States Attorney Michael J. Satz, regarding a criminal investigation being conducted by Detective Andrew Gianino, Lighthouse Point, Florida police department. The subpoena demanded account information from one of my websites.

In May of 2009 ***** *****, a civil divorce attorney from Florida that was representing the mother of a missing child named HaLeigh Cummings telephoned me at my residence in Polk County. She wanted to talk to me, in my capacity as a journalist and publisher, about the missing child HaLeigh Cummings (and try to find out what her associates and law office employees, who had also been calling me; were telling me).

In June of 2009 I contacted the Florida Attorney General and FBI regarding information I obtained about the missing child. The information implicated ***** ***** and many of her colleagues in serious crimes. I eventually obtained information regarding child pornography of HaLeigh Cummings and an illegal international adoption/ baby sales operation being run by ***** and ***** ***** with a man named John Regan who told multiple witnesses he was “FBI” and “CIA”.

On June 2, 2009, ***** ***** telephoned the East Grand Forks Police and complained about me but was told by Lt. Rodney Hajicek her concerns were civil in nature.

***** ***** and/or her PI, William Staubs, and/or her media consultant, Art Harris, and/or PI Tina Church, subsequently contacted my child’s mother Rhonda W. Callahan and began initiating conversations regarding the custody status of my son ***** Holmseth, and interfering with our stabile lives by suggesting to her I was a dangerous pedophile that was abusing my son.

Unbeknownst to me (until years later), on July 10, 2009, Art Harris and Lt. Hajicek were privately/secretly communicating via email regarding me. Hajicek was using Rod.hajicek@gmail.co  and discussing the fact I was assisting the FBI and the FBI was receiving email evidence regarding photos of HaLeigh Cummings from me that I obtained from sources. Harris told Hajicek “He’s got to be stopped”.

The emails and an accompanying 22-page FBI report I authored, which implicated ***** *****, Art Harris, William Staubs, John Regan, Jeremiah Regan, and others was never turned over to me during many different records request I made to the EGFPD. I assert the reason for that is because the emails were created on Rodney Hajicek’s private email and not subject to data records requests.

Neither Rodney Hajicek nor Greg Widseth are known to have contacted the FBI regarding this matter.

In 2011, ***** ***** obtained an Order for Protection Against Repeat Violence (Florida domestic violence law) from the Broward County Court. It was served on me by the Polk County Sheriff.

I will argue to the federal court that if I had possessed the emails and 22-page FBI report that was hidden from me by the EGFPD, the Broward County court order would/could/should not have been granted.

I am providing you work product of a supporting affidavit I am submitting to the Minnesota District Court in advance of the hearing scheduled for December 13, 2017 at 9 A.M. at the Polk County Justice Center.

Perhaps no First Amendment right is more secure than the news media’s right to publish information free from government censorship. While public officials frequently wish they could prevent newspapers, magazines and broadcast stations from publishing sensitive or embarrassing information, their ability to censor the media is extremely limited. These limits on prior restraint (as such censorship is also known) have been firmly in place for more than 70 years.

In 1931, the U.S. Supreme Court heard an appeal brought by the publisher of a small Minneapolis newspaper that had published several articles alleging that law enforcement officials were turning a blind eye toward local organized crime. The county attorney sought to prohibit further publication of the newspaper, citing a state statute that outlawed “malicious, scandalous and defamatory” periodicals. In Near v. State of Minnesota, the Court held that the statute constituted an unlawful prior restraint. Under the First Amendment, the Court said, publication of information, no matter how scandalous, can be prevented only in “exceptional cases,” such as to protect the recruiting or transporting of troops in a time of war or to prevent the distribution of obscenity.

INTRODUCTION
CONSPIRACY TO COMMIT PRIOR RESTRAINT

Audio and other evidence I possess as journalistic work-product comprised of audio interviews, documents, and data pertain to allegations that:

This Meet and Confer request is being submitted via email addresses I have on file. This document will also be placed in the U.S. Mail.